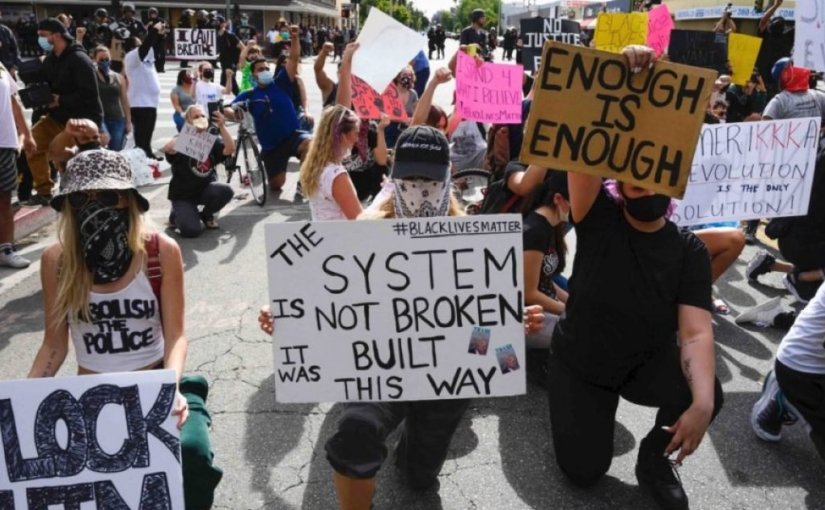 I appreciate and dig the phrase “I got this.” It shows confidence. I like it when people encourage others by saying to them, “you got this.”

What we are presently going through as a nation (and world!) in terms of recognizing the centuries-long systemic racism by which some have benefited (I’m one) and many, many more have suffered may just be one of those times. As someone who grew up in the 60’s and 70’s, there’s a part of me that is excited by the protests of young people and their voices crying out “No more!” It is my prayer that, like the Day of Pentecost we Christians celebrated this past Sunday, what is happening will be more than a moment. I pray it will be a movement.

My reading of history tells me that no significant progress toward moral improvement, justice, or redemption comes without pain. Those for whom the system is working well are often (and understandably) reluctant for change which may threaten their position of dominance or their feelings of superiority. For those of us who are people of faith, we might look to the story of the Hebrew people’s exodus, the many conflicts and persecutions of the early church, or the fact that Jesus suffered and died at the hands of those who sought to silence his voice.

I may or may not grow my hair long. I almost certainly will not be as woke as many of my younger friends. But count me in on being part of something that is a movement toward what God wants in this world, even if I don’t get to decide where it leads. I don’t got this. But God does.